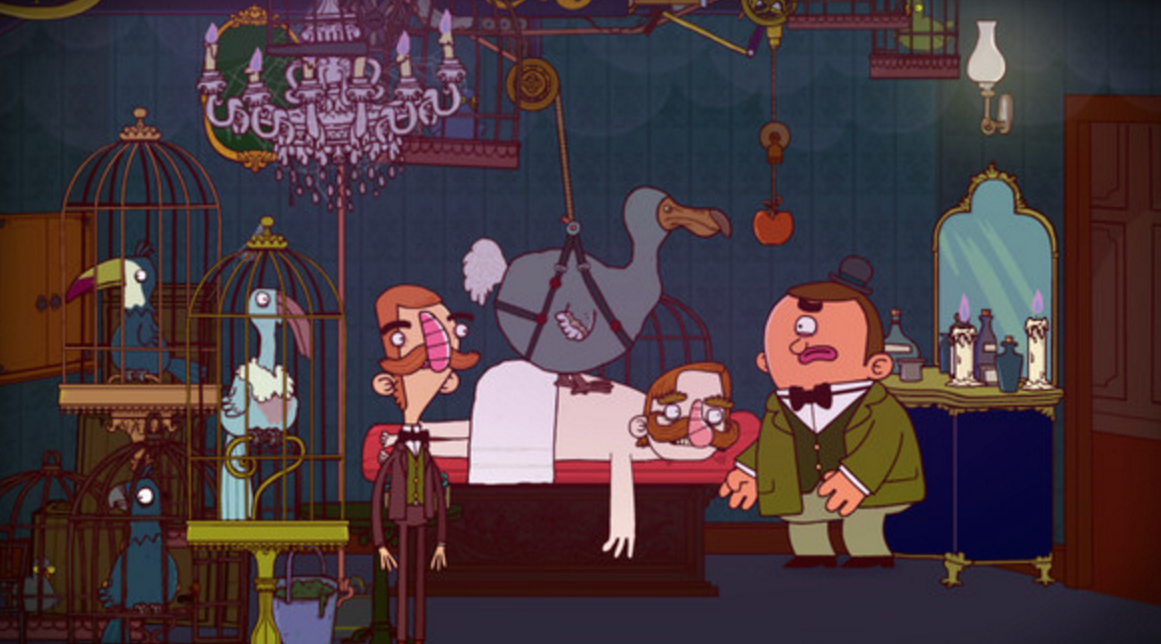 This game was fun. There’s not much in the way of traditional adventure game puzzles in here, mostly just an amusing story with witty dialogue. Bertram and his cyclops sidekick wander around an amusing victorian England full of bizarre characters (human and non-human). Storytelling and dialogue gets an A+. Subtle and no-so-subtle sexual innuendo abounds.

From a gameplay perspective it pretty much amounts to wandering around sets of rooms with simple puzzles to solve. There were only a few times when I got “stuck” and had to think about what might solve a puzzle. There were two “live-action” sequences which involved just moving up or down to avoid obstacles. These were not as horrible as realtime action tends to be in adventure games but I’m not sure they really added a whole lot either.

On the whole this game was entertaining and funny. Low on the puzzles but high on story.