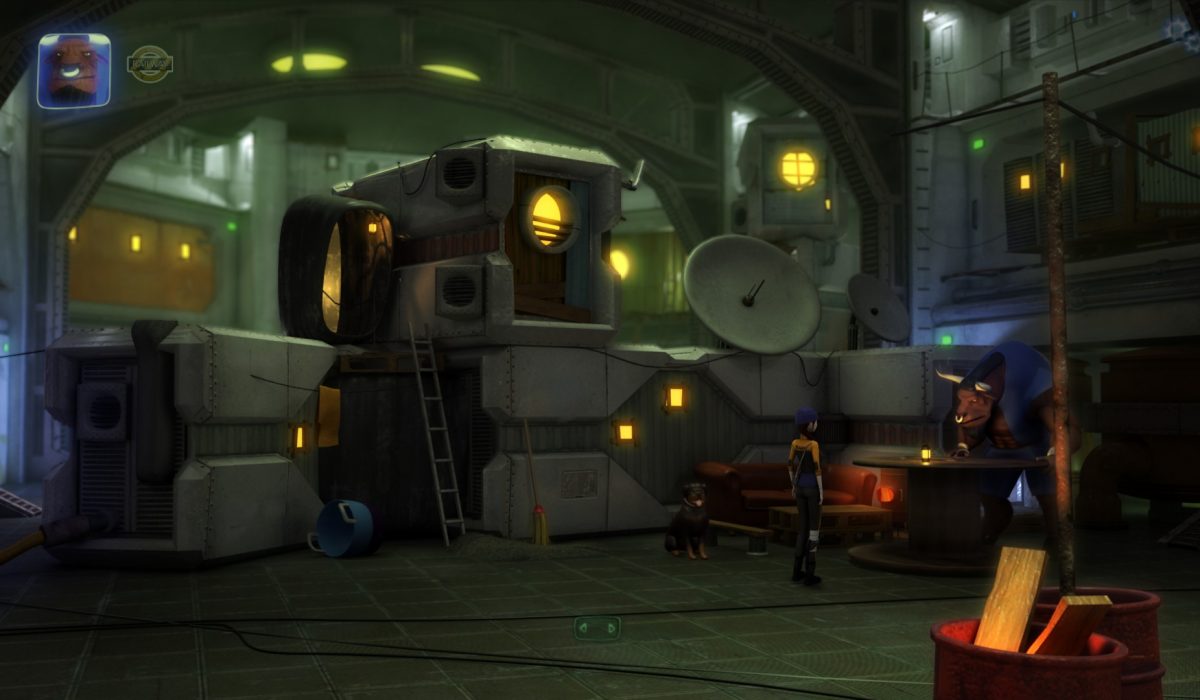 This is a short episode of the AR-K game. I’ve never played the previous ones so it was a little confusing jumping into the story but not too bad.

On the plus side:

The graphics are good for 3D rendered content. The story is decent. It’s a nice convenience to be able to move around via the map. The plant sabotage puzzle was OK. The murder puzzle was challenging.

Missing cut-scenes or maybe they just didn’t make them. Like this thing with Blaine’s coins. When I put them in the “Small Door” it fades to black and I hear some noises but never see anything happening. Maybe a bug.

Sometime she takes f…o…r…e…v…e…r… to move around the screen. Likewise starting conversations with characters sometimes gets stuck and just sits there forever.

The three cup game – this makes no sense to me. She steals the coin when the trickster is distracted. Fine. Then she has to pick one of the cups which wouldn’t have had the coin. But why? If she picks the cup where the coin would have been it still wouldn’t be there since the trickster supposedly has used his magnet on it. The mechanics of how he is supposedly cheating are really unclear. Bad puzzle.

The ending was a little weird. What exactly is the deal with all those bottles? Why did Sascha think Grigor would get those messages? Was Grigor just too stupid to figure out what his brother did? Why didn’t his brother just come back down and get him? I guess because he was wanted. Why can’t Grigor go up the pipe with me? He’s too fat? Weird.

Anyway it wasn’t the greatest gaming experience. Not a bad story and some challenging puzzles though. It did feel very short but it’s only a single episode.