Day of the Tentacle

Note: This is a mini review of the game as part of my Epic Procrastination Adventure Game Research Project. I later wrote a much more in depth analysis here.

I really liked this game. It was quite hilarious and engaging. They really improved over Maniac Mansion which I found to be fun but not nearly as polished. I played most of it without hints although I did resort to them in a few cases. 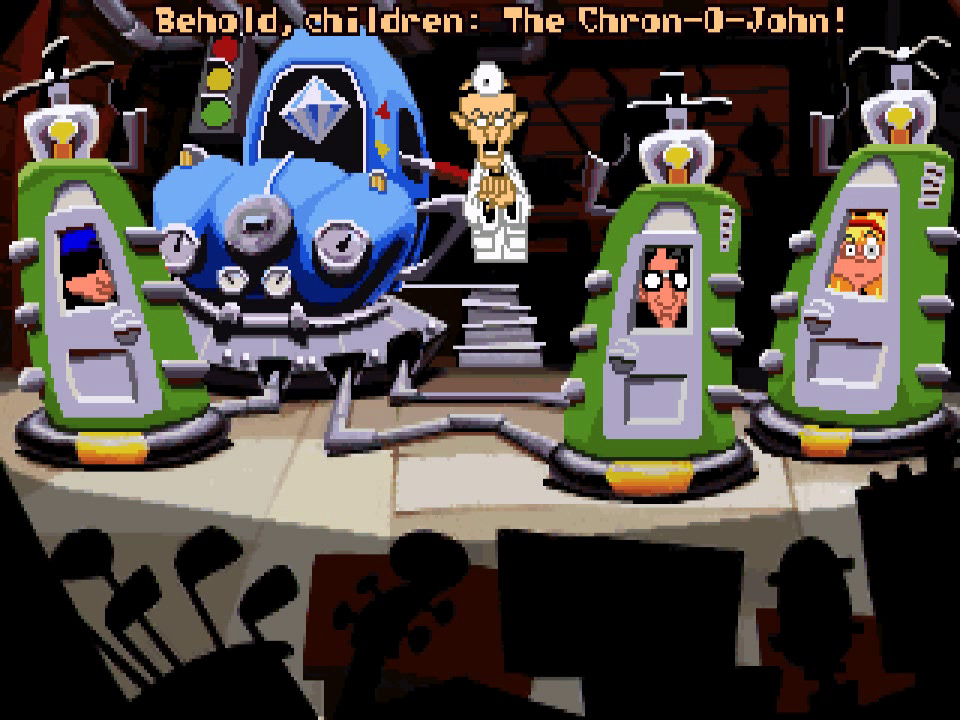 The playing three characters at once thing actually worked. This has been tried in other games with limited success. It helped that I could only access Bernard or Hoagie for most of the game until I realized how to get the cherry tree chopped down. Once Laverne was accessible I had pretty much solved all the puzzles in the other two times and I could focus on her.

The characters are bizarre but actually fairly well portrayed. They all behave in ways which are consistent with their character which makes the game much more polished and enjoyable. The story also was well told and “made sense”. It’s important for the story to make sense even when it’s totally wacko and out-there. I didn’t feel like the puzzles were out of left field – they fit into the world of the game.

I liked how certain items couldn’t be passed into the other times because they don’t fit down the Chron-o-John. That helped to reduce that problem of just trying every item in your inventory in every possible place because you’re stuck. At least those items which I knew had to stay in the past must apply to a puzzle in the past. It’s actually helpful when games limit your possible actions in this way so you know where you have to focus your efforts.

Humor – this game really had some nice funny bits. The part where you don’t have a quarter for the dryer and you finally end up with hundreds of quarters which makes the dryer run for 200 years… that was amusing.

I definitely got stuck in a few places. One problem I had a few times was that you need to click a verb and then an object outside your inventory in order to proceed. Like moving the mattress from one bed to another. I was kind of in the habit of just using my own items and I missed that one. Getting the cherry tree chopped down also confused me although they did give some hints so I can’t complain.

This game really won me over because it was fun, polished, humorous and captivating. It felt like a feature film. I felt like I was really getting my money’s worth. The characters were solid. The story was engaging and well told. The puzzles were fair! I got real satisfaction from solving them. I rank this game up with the Monkey Islands and KQIV.

I found an interesting “map” of this game by an indie adventure game creator: