A very different kind of Adventure Game, Nethack is massive, monstrous, insanely complicated, challenging, infuriating and hugely rewarding. I played Nethack before I started my Epic Procrastination Adventure Game Research Project but I wanted to make some notes here because I expect it will come in handy when designing TWDAG. 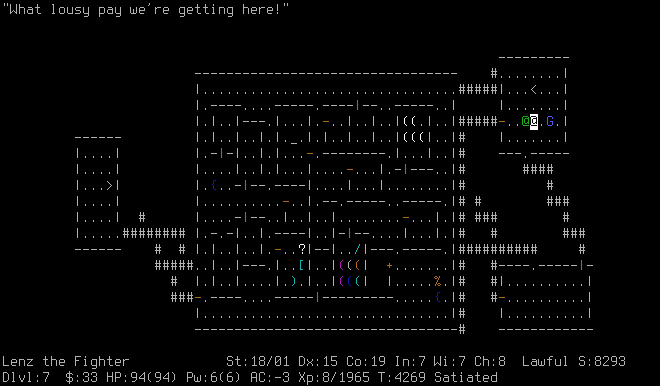 Nethack is brutal. I already have complained in here about games which let you do stupid things that will come back to haunt you. Nethack is the uncontested king of this kind of behavior. Not only will it let you outright kill yourself in every way imaginable, in Nethack there is no such thing as a “saved game”. In other words you can’t save before trying something and then restore if it didn’t work out. If you die, you die. That might mean starting over from scratch hundreds of times before you even get a character to the Quest (mid-game). Nethack doesn’t fuck around.

I basically got addicted to it which I suspect is the only reason anyone would play it more than an hour or two. How bad was it? Let’s look at my stats. 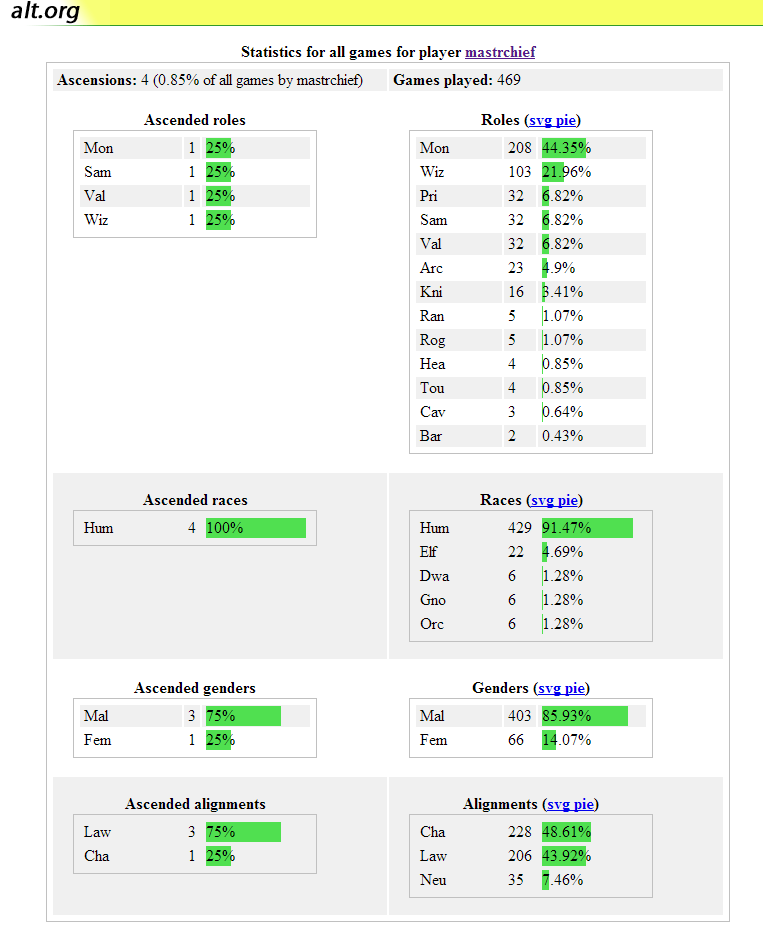 How long did I play? My first ascension took over 50 hours of game play. The other three took about 25 hours each. So just the four games I won took over 125 hours of actual gametime. My total? In 469 games I spent 669 hours. That’s 27 days of actual in-game playtime. What the fuck is wrong with me? 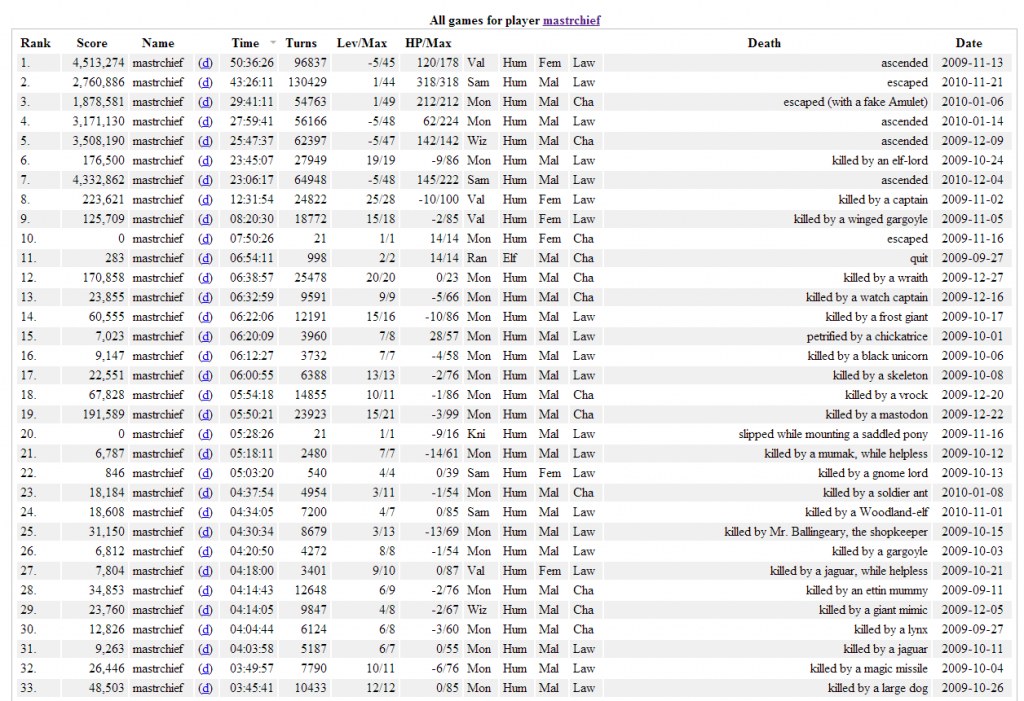 Apparently whatever is wrong with me is also wrong with a lot of other people. My 27 days of gameplay didn’t even crack the top 250 timewasters list. The “winners” of that competition have spent literally over a year of in-game time actively logged in and playing Nethack. That’s goddamn ridiculous.

Nethack is complex. To try to quantify it, the NetHackWiki which is the go-to source for details on all aspects of the game has over 2000 pages in it. Those are web pages, son, not book pages and most of them include a lot of specific technical detail. Take the Weapons or Spellbook pages for example. Completing this game requires an in-depth comprehension of a wide swath of this material and even then you must continually look up specifics in the reference guides.

So, what lessons can be drawn from this? Why do people get so addicted to this game? Partly I think it’s an ego thing. Nethack is hard as fuck and beating it is like climbing the Mount Everest of gaming. Part of why I stayed with it past the brutal learning curve is that I knew it had a reputation and I knew beating it would be a real achievement.

Additionally it provides something I call “perpetual incremental progress”. Once you get past the initial phase of the game and you aren’t quite as likely to die every second you get into a pleasurable phase where you are slowly and steadily building your character into an unstoppable force of destructive power. With every level-up and every new resistance you are more and more powerful. This feeling is fairly illusory of course – you can still be beat down pretty quick by something more powerful than you but the feeling is important.